This recipe was from an old homemakers magazine my mom received monthly in the mail when I was a kid. She subscribed to the magazine for the crocheting patterns but we often got good recipes, too. We never made these pickles so I have no recommendation for or against. Readers, did you ever have watermelon pickles?

Using a potato peeler, peel the watermelon rind leaving a trace of pink on the inside for color. Cut the rind into pieces; let stand overnight in cold water with the alum. Drain well the next morning.

Bring the sugar, vinegar, oil of cloves and oil of cinnamon to a boil. Add the watermelon rind and bring to a boil again. Set aside until the next morning.

Next morning bring the mixture to a boil again; set aside.

Third morning, bring the mixture to a boil; seal in hot sterilized jars. Makes about 7 pints of pickles.

A COUPLE OF GRANDMA'S HELPERS 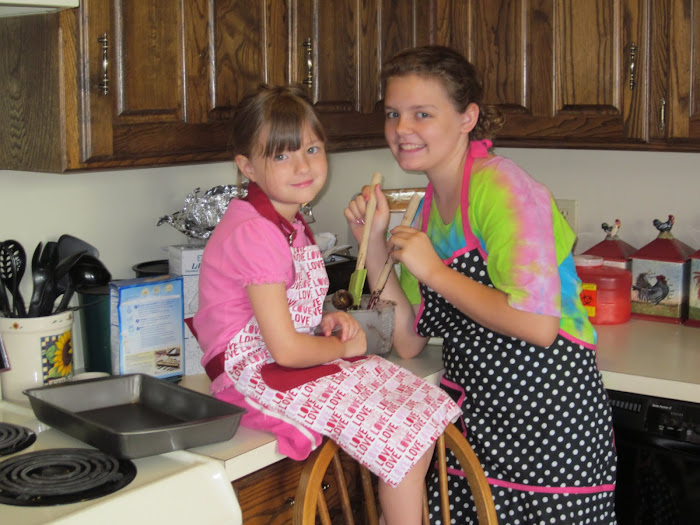 I call them Betty Crocker and Hamburger Helper